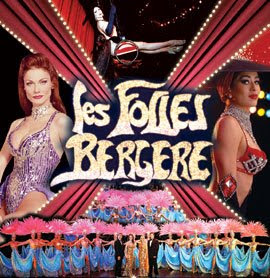 In December 2005, I was at the height of my lounger power. I had a home bar that was legendary in Brooklyn cocktail circles, a well read cocktail column in a now defunct website, the deluxe Executair Trav-L Bar, and heck I even got the girl to take the leap with me! So it was in this atmosphere of bon vivant that I arrived in Las Vegas, Nevada for the Bachelor Party sending off a good friend we will call Mr. White.*

However, before I begin this tale of reputation riches to rags, I would like to make clear that under no circumstances will this story violate the “what happens in Vegas, stays in Vegas mantra,” that is central any visit to Sin City. No sir, this tale will side step any sordid details of the bachelor party and focus on the events leading up to and including being discredited in the eyes of all things Lounge.

The bachelor party participants included a who’s who of New York and Kansas City barfly culture. The motley crew included premier drinking talent as the Senator, Grumpy, Baccalao, Mr. White and your author. Running the shindig was Mr. White’s best man aka O’ Toole*, in addition Mr. White’s childhood friend Mr. Trotsky*, and his cousin Mr. Beef* brought up the rear. Since I have been making annual pilgrimages to Sin City for over a decade, O’Toole turned to me for advice on planning some of the entertainment. Eager to help out and give Mr. White an unforgettable send off, I jumped right in and provided a comprehensive list of suggestions. This list included bars, lounges, hotels, steakhouses, activities, and after-hours entertainment. Basically, I did the homework for the O’Toole to run with the ball.

A specific area which O’Toole reached out was my expertise on Vegas entertainment. Mr. White wanted to attend an “Old Vegas” a la the Rat Pack experience. There isn’t much of Sinatra Vegas left so engineering the “Old Vegas” event was not so easy. I suggested going to the Rat Pack Spectacular show at one of the hotels, it featured a live replica performance of the famous act at the Sands. Personal note: No offense to Dino and Frank imitators, I’d rather be partying at the Palms or having a scotch and cigar at L’Hotel at the Mandalay Bay. However, Mr. White wanted old Vegas and I provided a list of old school lounges and options such as actually going to old Vegas - (e.g, Fremont Street, the Binion''s Horseshoe, and drinks at the Peppermill Lounge.) I explained this to the best man and he seemed keen to follow my advice.

I am not sure if O’Toole was just asking me for suggestions to be nice or whether he has ADD, but he managed to ignore every single proposal on my list. Luckily, the places he chose before the fateful night of the Piker Show generally worked out in his favor. The Luxor’s Steakhouse was not my choice but turned out to serve a damn good steak. However, after that great dinner there was a harbinger of what was to come. Namely, the Loungerati set had to make a late night run to the night club Drai’s without the Bachelor because Mr. White and O’Toole decided to go to bed “early.” I surmise that had to do more with O’Toole’s morning gym regime than actual jet lag!!

Overall, the event was going well, the Bachelor suite at the MGM Grand was stocked with booze, and it was great to see all the guys in Vegas. The next day O’Toole handed out the itineraries and I was shocked to see the entertainment that was chosen. I took him aside pleaded that he abort the mission. He stormed off to the gym.

Piker - 1: one who gambles or speculates with small amounts of money2: one who does things in a small way ; also : tightwad , cheapskate(source Merriam-Webster Dictionary)

According to their website, Folies Bergere at the Tropicana Hotel & Casino, “has everything a great Las Vegas entertainment show should have - fabulous singing & dancing, gorgeous Las Vegas showgirls in barely-there costumes, dazzling scenery, hilarious comedy and sheer spectacle!”

Well it sure was sheer spectacle but great Las Vegas - not so much. Maybe Mr. White thought it was going to be a circa 1950s Shriner junket with burlesque acts. Maybe he thought a topless Marilyn Monroe would pop out of a cake. Neither was going to be the case. So I tried my best to get on board since this was Mr. White’s party, not mine. Then the other shoe dropped. O’Toole had arranged a dinner and a show package deal! As he collected $75 a head, I stared in disbelief. I was in Vegas. This town was home to no less than two dozen stellar restaurants (NoBu, Delmonico, N9NE Steakhouse to name a few) and decent buffets (Bellagio), but we were not going to them on our last BIG NIGHT. No, we were dressed to kill in suits but instead of a memorable dinner and real Bachelor party night on the town at say … Craftsteak followed by Spearmint Rhino we were crossing Tropicana Boulevard on the way to the “stunning and affordable” Tuscan Italian Café and Folies Bergere!!!

Surprise! There was nothing Tuscan about the "fine dining" at the Tuscan Italian Café. This joint made Olive Garden seem like the Four Seasons. It was not the “Italian-style bistro” advertised on the website but rather a glorified food court station that could be found in any Mall. We looked around and sure enough the place was filled with old pikers holding food coupons and nursing diet Coke. Then the server arrived. In addition to Caesar Salad we had three choices – chicken parm, thin crust pizza, or spaghetti and meatballs. What no Tuscan white bean soup??? We tried to order 4 bottles of red wine for the table but the waiter told us they had two bottles of wine in house – generic cheap Chianti!! In an Italian restaurant, only two bottles! The pikers must have thought we were real high rollers in suits ordering wine and actually paying with cash in lieu of coupons. When everyone’s food finally arrived, my personal pizza was missing! Senator giggled. Baccalao chugged half the bottle. Grumpy complained about the chicken. Beef made a face as his meatball crunched. Trotsky sat and stared. Mr. White tried to give me his food but I decided to wait it out. O’Toole couldn’t believe it – this dinner was terrible.

The 10pm show – Since my pizza had to be reheated in the microwave again, we were running late to the show! Comically, O’Toole tried to get part of the meal compt which only added the fiasco. Then he disappeared. Then he came back. No one said a thing as they waited for me to finish. I barely got half the card board with ketchup they considered pizza down and walked silently toward what I knew was going to be a loss of an hour and a half of my life.

The aptly named Folies show was more reminiscent of an off-off-off Broadway production of the Moulin Rouge. The Follies MC, a lanky nerd, made fun of us being late as we made our way through the crowded theater to the front table. Clearly this crowd had arrived very early and probably because of some early bird special discount rate. The dancing began and it was decent but the cheese factor was in the double digits! If only my “pizza” had as much cheese! I was fuming. Plus there was no booze. We actually sat there for an hour and a half in Vegas on a stag doo without a drink!!!

Then I noticed something or rather someone. One of the dancing girls looked veerrry familiar. She looked like Mr. White’s ex-girlfriend, a burlesque dancer named Miss X. But it couldn’t be? No way. I looked over at Mr. White. He was feigning surprise and regurgitating heart break. O’Toole comforted him with a hand on the shoulder. I rolled my eyes – how transparent could this actually get??? So that’s why we are at this Piker Show!!! Miss X out again, this time as a topless flapper, still not seeing us. Mr. White the Libertine choked up. More dancing, some nudity, each era of American history was a new God awful dance routine full of stereotypes and can-can numbers. Mr. White’s cousin, Beef, and our pal Baccalao were literally snoring despite O’Toole’s irritated pokes. Adding insult to injury, the Senator would give an exaggerated standing ovation after every mediocre performance which only egged on the MC on with more lame jokes and made Mr. White shrink lower in his seat.

Finally, the lights came on and a collective roar of creaky bones rose from folding chairs; then the ancient audience hobbled to the exit. I looked around at the rest of the guys. Senator was stone sober. Grumpy was laughing - at me. Baccalao was cleaning the sand from his eyes. O’Toole was mentally running 5K. Mr. White was “broken up.” Trotsky had an ice pick in his eye. Beef looked more like bullion. And I was frigging starving and embarrassed!!! It didn’t help that a rather rotund and elderly female piker with a walker was blocking the aisle to the exit. It took us ten minutes to get out. We filed out of the Tropicana in silence passed bored ushers and chiming slot machines. It was 11:30pm. We walked out into the chilled desert air. Mr. White wanted to go back to his suite. O’Toole kind of shrugged at me with this aw shucks look on his face. Well, I tried to wrap my head around that I had been seen at a genuine piker show. Then the Senator leveled the coup de grace, “Fredo you are so discredited! I can’t believe you let us go to this piker show. You are done in this town!”

Moral of the story never listen to a tool or believe a rake, you may end up in the dirt.

* The names have been changed to protect the innocent,the wicked, and the clueless.
** Piker Show – Loungerati definition – a dinner-show package sold to cheap suckers usually to keep them in the Casino gambling. The ’pikers’ attending the show are usually geriatric and/or former top Loungers named Fredo.
Posted by Loungerati at 7:07 PM 1 comment: