International Bartender of the Year - Alex Kratena, Artesian at The Langham, London

A full recap of this lounger's Tales of the Cocktail 2012 adventures will be forthcoming on Umami Mart.com.
Posted by Loungerati at 10:05 PM No comments:

Email ThisBlogThis!Share to TwitterShare to FacebookShare to Pinterest
Labels: Spirited Awards, Tales of the Cocktail 2012, TOTC 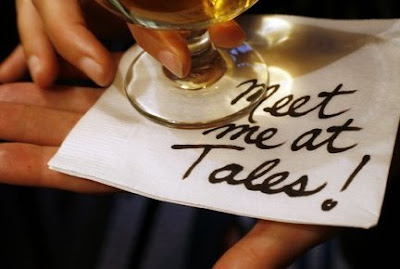 The following is a list of events, parties, and seminars that Fredo plans to attend as a media correspondent for Umamimart and Loungerati. He is flying in on Thursday morning and will hit the ground running! OK, he will probably grab a big ole' lunch first but then it is on! Salute!

Cognac: The Barkeep's Forgotten Friend
Dave Broom and Tristan Stephenson will discuss the flavours of Cognac, where they come from and what they mean. Attendees will sample a classic cocktail of that era and then look at ways in which to make it more accessible and exciting for the modern palate.

Diageo Happy Hour "A World Class Affair"
Diageo hosts a happy hour of happy hours with their skilled mixologists providing a lush worthy sample of the company's brands. Leave the streets of New Orleans and enter a Brazilian-inspired oasis to celebrate the largest global cocktail program and have the opportunity to try an array of classics with a twist incorporating gin, tequila, whisk(e)y, vodka and rum alongside local delicacies. This seminar is sponsored by the Diageo brands portfolio.

Spirited Dinner: The Life and Times of Tom Bullock
The dinner will be a tribute to Tom Bullock, the first African American to write a cocktail book in 1917, his cocktails were so good they scandalized a President. It will take place aboard the luxury paddle wheeler Creole Queen on the Mississippi River.  A full creole buffet, hot jazz band and Bar and Books Cigars will be available for the duration of the cruise. Cocktail heavy weights Jim Meehan of PDT and David Wondrich will be involved in the libation portion of the cruise.

Employees Only - NOLA
New York's Employees Only (EO), the 2011 winner for best Cocktail bar in the World, are not ones to rest on their laurels. They bring their award winning operations down to the Big Easy at a pop-up bar in a burlesque bar called One Eyed Jacks that I am sure will be one of the hottest parties of the festival.

Distillerie Branca Breakfast
A unique opportunity to break bread with Count Niccolo Branca, the head of the Fratelli Branca family owned company. Sponsored by Fernet Branca.
Bacardi 150th Anniversary USBG Hand-Shaken Daiquiri Competition
Twelve competitors from USBG chapters across the country will take to their bar tools to shake up new takes on this classic cocktail with one thing remaining the same – Bacardi – the rum this legendary cocktail was created with. The prize: title as champion of the Hand-Shaken Daiquirí.

Pig & Punch Party
A band of bartenders out of San Francisco called The Bon Vivants get to NOLA early and devote their energy to helping reconstruct schools in neighborhoods that were devastated by Hurricane Katrina. Pig & Punch is a free party to local residents offering spit roasted pigs and serving lots of boudin, Creole tomato salad, Cajun cole slaw, plus delicious complimentary punches out of 32 gallon trash containers and cold beer is available!

The Spirited Awards 2012
Guests are encouraged to wear your best cocktail attire to cheer on your friends and colleagues and find out who is deemed best of the best in the cocktail world for 2012 with entertainment, good pub food, and drinks supplied by your sponsors Pernod Ricard USA.

Juniperlooza Tales (aka the Bartenders' Breakfast)
If a bartender has breakfast its usually after a shift at the crack of dawn. To pay homage to the bartending way of life Simon Ford and Audrey Saunders' Bartenders Breakfast was born 6 years ago at Tales and its back again as the official unofficial wrap party for the festivities. Sponsored by Plymouth and Beefeater Gins. 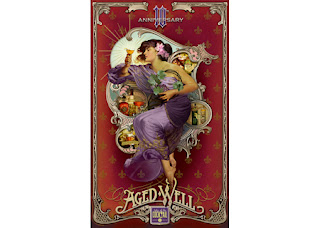 Posted by Loungerati at 8:45 PM No comments:

Email ThisBlogThis!Share to TwitterShare to FacebookShare to Pinterest
Labels: Tales Loungers, Tales of the Cocktail 2012, UmamiTales 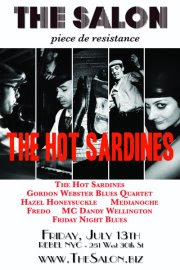 Loungerati is teaming up with Prohibition Productions to celebrate the storming of the Bastille with a very special Salon called Pièce de Résistance. Musical acts will feature swing music, blues, and DJ'd jazz. In between the main acts, burlesque provocateurs will evoke the best of the Moulin Rouge with naughty can-can numbers. Meanwhile, Fredo from Loungerati will serve craft Parisian themed cocktails from the main bar.

craft cocktails created and prepared by
FREDO from Lougerati.com

FLOUER from Friday Night Blues will offer blues dance lesson, from 8 - 10 pm ($10 extra). Lesson will be on the first floor in the performance hall.

Tickets and more info at:
http://www.thesalon.biz/july13.htm

No dress code... though we encourage everyone to dress up, and dress vintage with a Parisian twist!
Posted by Loungerati at 1:02 PM No comments: 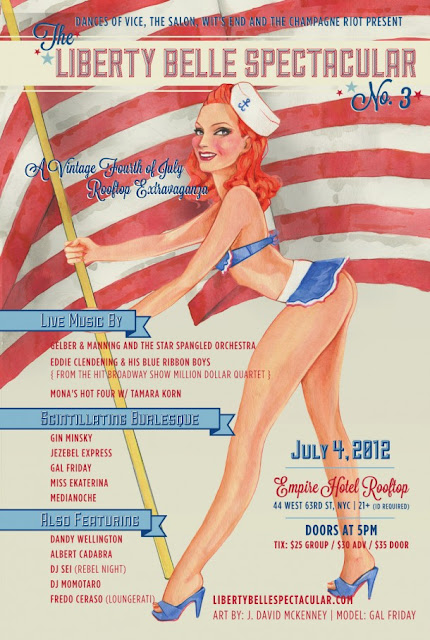 Today July 4th, marks the 236th anniversary of the Declaration of Independence by the Founding Fathers of the United States of America. Though the country is as divided as ever when it comes to political, economic, and social perspectives, we all come together today to celebrate the great things about the country and being American.

In New York City, Loungers will be flaunting their patriotic pride at the Liberty Belle Spectacular at the Empire Hotel rooftop bar and lounge.  Expect lots of seersucker and linen suits on the fellas and colorful vintage cocktail dresses on the gals. This collaboration between the producers of Club Wit's End, The Salon, The Champagne Riot, and Dances of Vice is in its third year and promises to be the place to party and enjoy the fireworks going off above the Hudson River.  Once again, The Salon's Cocktail Director Fredo from Loungerati will at the back bar serving out patriotic punch, Liberty Belle Bucks, and a Red, White, and Bourbon fix that is sure to quench your thirst!

This event was chosen by TimeOutNY as oe of their recommendations for Fourth of Juy Events and is SOLD OUT as of this morning!!

Here is the lowdown from the Liberty Belle gang:

DANCES OF VICE, THE SALON, THE CHAMPAGNE RIOT, and WIT'S END join forces to present another unforgettable vintage Fourth of July extravaganza! Join us on the rooftop of the Empire Hotel for live music, burlesque, da...ncing, fireworks, and delicious cocktails under the stars!

Live music by GELBER & MANNING AND THE STAR SPANGLED ORCHESTRA

DJ'S SEI (Rebel Night)) and MOMOTARO keep you dancing all night, and delicious cocktails by guest bartender FREDO from Loungerati all on one of New York's most beautiful rooftop venues makes for a Fourth of July to remember!

Be crowned Mr & Mrs Liberty Belle, and win cool stuff! Judges will be observing incognito during the party!

Dress Code: We celebrate the Fourth in vintage style, and we encourage our guests to do the same! Vintage & vintage-inspired cocktail looks from the 1920s-50s are encouraged, but not required. But please, men: no sneakers or shorts!

Posted by Loungerati at 10:31 AM No comments: