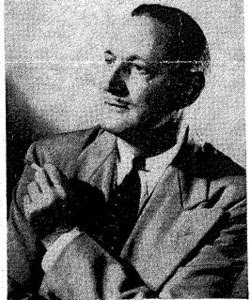 I don't usually quote or link to other articles, however I do not usually come across a great article on Charles H. Baker, Jr. cocktails AND Fort Defiance in Red Hook. So here is a passage which I sums up Baker's work and how cocktailians feel about it.

Baker was a bon vivant who wrote about food and cocktails for Esquire, Gourmet, and Town & Country. Today, he is best remembered for writing The Gentleman’s Companion: Being an Exotic Drinking Book or,Around the World With Jigger, Beaker and Flask, in 1939. It remains a tour de force. Flipping through its pages is like stepping into a dusky hunting club where the trophy mounts are cocktails such as the Sahara Glowing Heart and La Zaragozana’s Ne Plus Ultra, and where Baker sits in his cracked leather chair, recounting the story behind each. (Of a cocktail called Between the Sheets, he wrote, “We ran into it one dank day of sleet and rain in early January, just after the first Arab-Jewish riots which started with a murder of a poor old man stoned to death in a Haifa melon patch, between halves of a soccer match.”)

For the entirety of Wayne Curtis' article on Atlantic Wire click here. I did not try the three cocktails mentioned during my two week expedition...I think a Between The Sheets is in order!

(photo of Baker courtesy of St. John Frizzell)
Posted by Loungerati at 9:01 PM