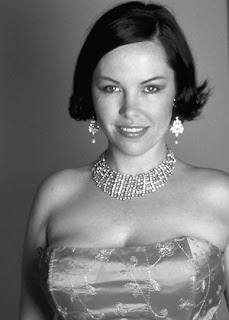 One of our favorite song birds, the lovely Lavay Smith & Her Red Hot Skillet Lickers will be performing at the Jazz Standard in New York City on Tuesday, February 23 and Wednesday February 24th.  Get there early for the Blue Smoke BBQ and snag a table or bar seat at the intimate jazz club. The San Francisco based singer rarely gets to the East Coast so this is quite a treat. A brief bio on Lavay and her band from her site:


"Lavay Smith is the vocalist and bandleader of the Red Hot Skillet Lickers, one of the top swingin’ Jazz and Blues bands in the world. Lavay grew up in Southern California and the Philippines and has become an internationally recognized Diva of Jazz and Blues, with a singing style influenced by Billie Holiday, Dinah Washington, Bessie Smith, Little Esther Phillips and other legendary greats. Whether singing her own compositions or drawing on a large repertoire of classics, Lavay and her all-star 7-piece band bake up an instant recipe for dancing and good times.
This sultry chanteuse evokes a sensuous era of Jazz queens and sexy pinups and adds a modern, feminist twist.  No wonder Los Angeles Magazine chose her as one of the sexiest people around!  Lavay began attracting crowds right from the start thanks to her big, bluesy voice, exciting stage personality, and glamorous approach. According to Fox TV, the band has become “a San Francisco Landmark”, winning numerous awards including a “Wammie” and a “Bammie”. In 1998, the reader’s of San Francisco’s two major newspapers, the Chronicle and the Examiner, voted Lavay Smith and Her Red Hot Skillet Lickers the “Best Band” in the annual readers poll. "

Editor's Note: I have been following Lavay since 1998 when I visited the City by the Bay multiple times for business. My days were stuck in a soulless Montgomery Street office building, but my nights were legendary.  Cafe du Nord was the place to be for the lounge and swing crowd. Lavay Smith made it a destination. Her rendition of Irving Berlin's "Blues Skies" still gives me butterflies. Whenever , she comes to New York I make it a point to see at least one of her shows. I hope she takes one request for an old fan.

Show Lavay some New York love and come support as she debuts at the Jazz Standard. We will be at the Wednesday night show.